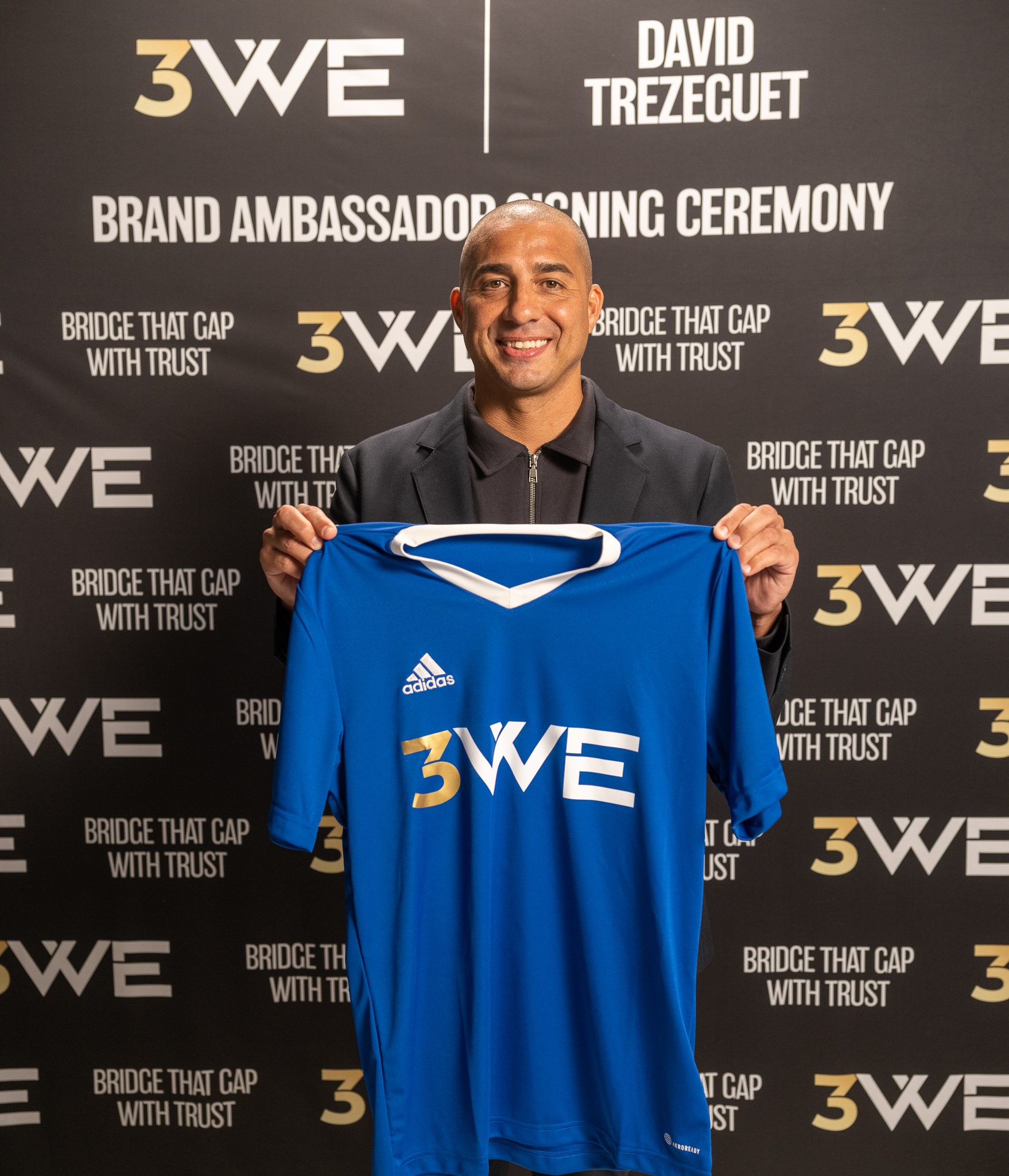 The agreement grants 3WE the marketing rights to David Trezeguet as Brand Ambassador for the Group’s marketing campaigns and advertising platforms in which he will appear across its major businesses, throughout South East Asia.

The partnership with David Trezguet underpins 3WE’s key values, reflecting its commitment and passion to grow the brand’s visibility to become the leading gaming destination for all Asian players.

David Trezeguet said: “I’m excited to begin this partnership with 3WE! They share my great passion for football and I’m looking forward to playing a role in their many plans to promote the brand to new and existing players throughout Asia.”

Mr. George Koh, General Manager of 3WE, said: “We are delighted to welcome David Trezguet to 3WE; One of the most influential and successful players to compete at the highest level of club football, David is a true sports icon who inspires fans worldwide to strive to reach the ultimate standards of excellence. David will help us engage with our target audience in South East Asia and working with him as a brand ambassador is just one of the many exciting, upcoming projects 3We have planned for the next 18 months!”

The agreement is a result of a collaboration between Entourage Sport & Entertainment, who are the commercial agents for David Trezeguet.

David Trezeguet was a strong, tenacious, commanding, and physical striker and was known for his “Golden Goal’ that won the 2000 Uefa European Championship for France. David’s honors list includes 2 French league titles, 2 Seria A titles, and a World Cup with France in 1998.

Mayfairsilk, which sells silk bedding, home furnishings, and lifestyle accessories to consumers worldwide, has a new range of eco-friendly, thermoregulating...

END_OF_DOCUMENT_TOKEN_TO_BE_REPLACED

This new book, simply titled “Anxious,” was published by Times 10 Publications and has been hailed as one of the...